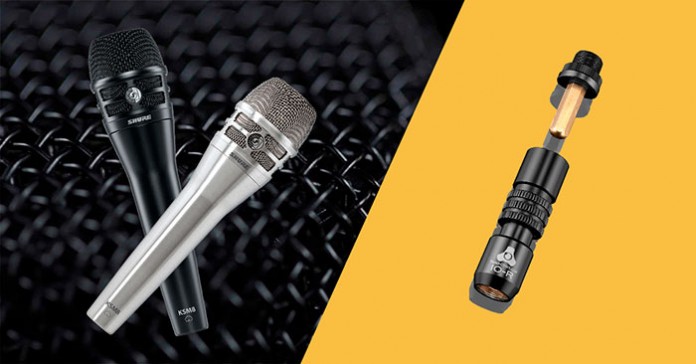 “De Mens” is a Belgian rock band, formed in 1992 who mainly make Dutch songs. The band consists of four members: Frank Vander Linden (vocals, guitar), Michel De Coster (bass guitar), Dirk Jans (drums, vocals) and David Poltrock (keyboards). Sound technician, Tom Janssen, advised Vander Linden to look for a microphone of his own and after having played some shows with the Shure KSM8, FACE provided him with this revolutionary dynamic microphone for his personal use.

Vander Linden explained: “I have a very low voice, but the KSM8 makes my voice sounds very clear. At our first show with this microphone, I immediately heard a difference. I like the sound of the KSM8, especially because the sound blends perfectly with the music we make. My voice has its ups-and-downs and even in a worse moment, the KSM8 does its job. My voice sounds very clear as well as the melodies, which gives me confidence as a singer.”