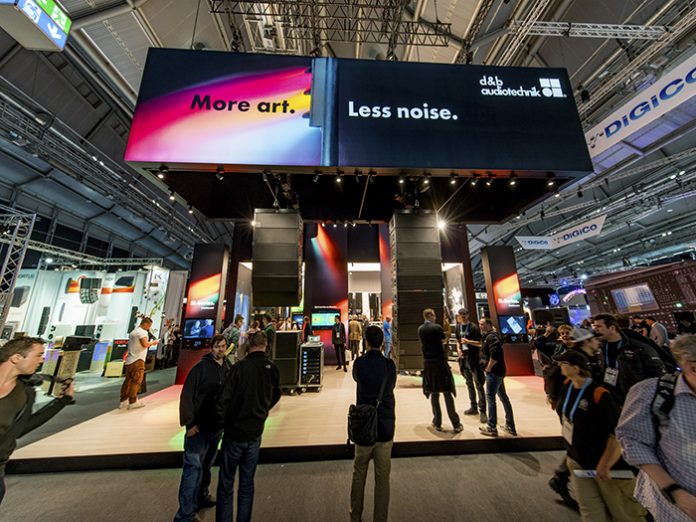 d&b audiotechnik revealed the next major steps in audio technology evolution during the recent Prolight + Sound 2018 at Messe Frankfurt.

The official launchpad for the GSL System from the SL-Series, a new loudspeaker system sitting right at the top of the company’s product portfolio, Prolight + Sound 2018 was home to demos and interactive mixing session using the recently released d&b Soundscape.

“Prolight + Sound  has been a fantastic opportunity to officially introduce the next generation of d&b line array to the market.” David Claringbold, d&b audiotechnik Chief Marketing Officer, commented: “Birthing the SL-Series and Soundscape has changed d&b forever. The resilience, innovation and capacity of the organisation has been tested at every point, and from this we have learnt and grown. This is the finale of a multi-year development phase and the kick-off for a perennial journey of these two outstanding audio technology innovations.”

Prolight + Sound and the official release of the SL-Series, GSL System was the next step in the d&b evolution of loudspeakers, and continues the new era of sound experience.