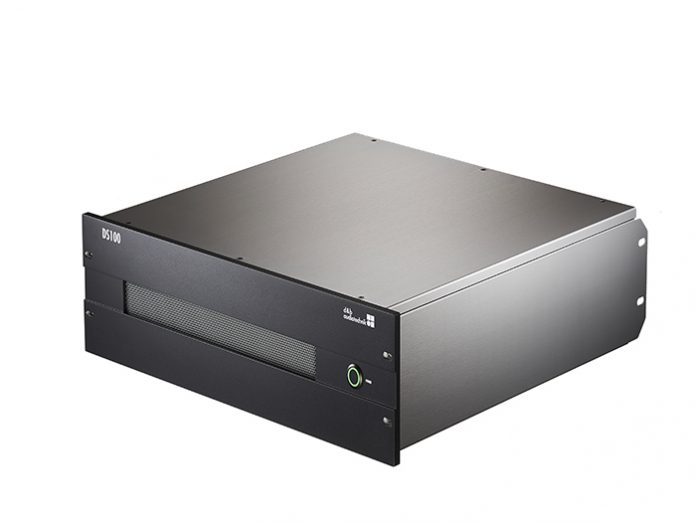 Coinciding with the launch of the d&b Soundscape system, d&b audiotechnik has announced the first integrations of the DS100 Signal Engine.

The integrations, with QLab by Figure 53 and TTA Stagetracker II by TTA, as well as with Digital Audio Workstations (DAW) systems in either VST or AU formats, demonstrate that the DS100 is open to integration to deliver the benefits of the d&b Soundscape.

The processing core of the d&b Soundscape system, the DS100 Signal Engine, is a high performance audio processor with Audinate Dante networking and a 64×64 level and delay matrix with extensive in- and output processing. The DS100 can integrate with industry standard consoles and show control systems, as well as replay and tracking systems, via the AES70 (OCA) and Open Sound Control (OSC) protocols.

Georg Stummer, DS100 product manager at d&b audiotechnik, commented: “With acoustic emulation and object-based mixing now made a reality by the d&amp;b Soundscape, of course we want to make its possibilities as widely available as we can, including through partnerships with other technology companies.”

QLab, by Figure 53, is a show control and playback software used in professional show environments worldwide, from small venues to major broadcast events. The forthcoming release of QLab, v4.2, will incorporate DS100 functionality into Network Cues and offer access to a number of DS100 functions, such as sound object positions, gain, delay and EQ, with further functions available in future updates.

In addition to QLab, the DS100 also integrates with TTA Stagetracker II by TTA, the ultra fast performer tracking system, via the OSC protocol, using manually entered commands from a reference list (source position information). Furthermore, the d&b Soundscape can be integrated with DAW systems via the control plug-in provided by d&b, in both VST and AU formats, allowing parameters to be automated on external control platforms. The plug in can be operated in Transmit or Receive mode, so that sound object movements can also be recorded live from the DS100 Signal Engine into the DAW. The plug-in can be downloaded from the d&b website.

David Claringbold, d&b Chief Marketing Officer, concluded: “These partnerships prove that the d&b Soundscape can interoperate with technology already established in sound designers’ workflows, and simplifies its integration into a huge range of projects. At a time when entertainment and events everywhere are looking to deliver more depth to their customer experiences, this opens up fascinating creative opportunities for designers. We are looking forward to announcing more integration partners in the near future.”