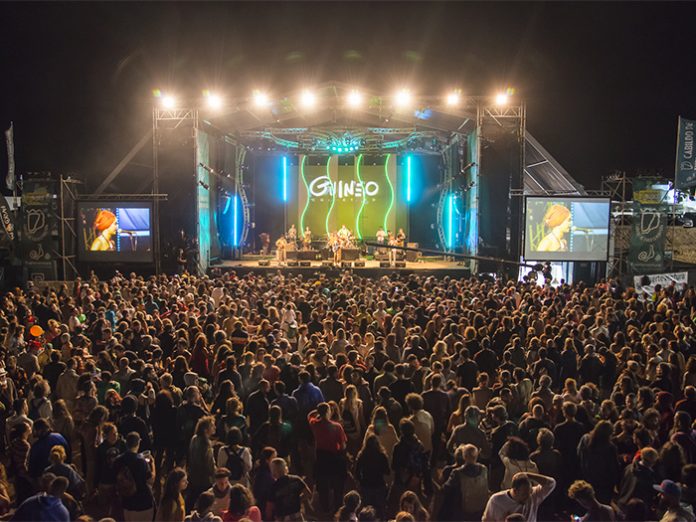 Event organizers called in sound reinforcement company Audioluz Canarias to design and install the sound solution for the event. With Francisco Rodríguez and brothers Roberto and Eduardo Santana at the helm, the Audioluz Canarias team faced the challenge of designing a system that could be used for all ten festival performances.

After analysing the specifics of the event, the Sound Technicians decided to draw on D.A.S. Audio’s Aero Series 2 catalogue of products and deployed a main PA of 20 D.A.S. Aero 40A powered line array systems in two linear hangs on either side of the stage in a classic L-R configuration.

The Aero 40A systems were paired with ten of D.A.S. Audio’s new UX-221A subwoofers, groundstacked in a cardioid configuration in front of the stage. Front fill duties were handled by eight D.A.S. Aero 12A systems, which were set up at the front of the stage.

Side fill for the groups performing at this year’s Fuerteventura en Música was handled by two sets of four D.A.S. Aero 12A line array systems stacked on a D.A.S. LX-218A powered subwoofer. The artists also had a battery of D.A.S. SML-12A powered stage monitors at their disposal.

As one of the most anticipated events on the Canary Islands’ festival calendar, the celebration brought in over 15,000 fans over 1 and 2 July.