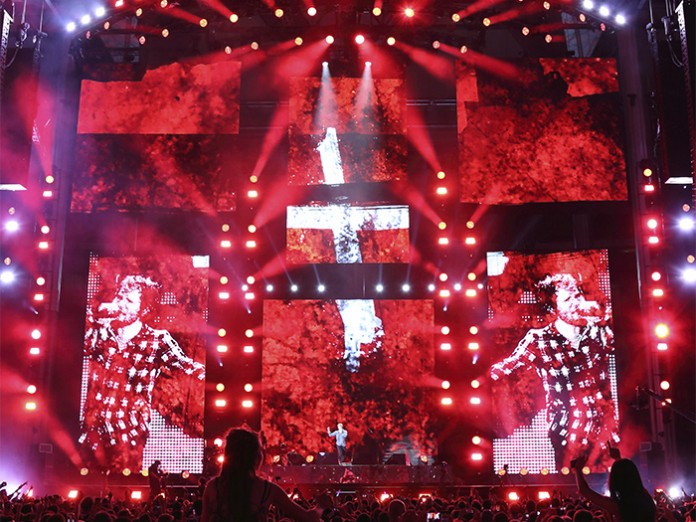 Nashville based Colonel Tom Touring hailed Lightware matrix switchers and DVI to fibre converter packages as its ‘go-to equipment’ for a wide array of high-profile clients.

Colonel Tom Touring’s Barry Otto, commented: “We’ve been using Lightware routers for several years. We have found them to be very reliable and easy to use. They also interface well with our Christie Spyder X20 systems, d3 4x4pros and other control software.”

The company’s inventory is reported to include Lightware MX16x16DVI-Plus and MX8x8DVI-HDCP-Pro matrix switchers, MX-FR17 17×17 digital crosspoint router frames plus a number of Lightware DVI-OPT-TX220 and RX220 DVI to fibre transmitters and receivers.

In addition, the company used a Lightware MX8x8 matrix switcher and DVI to fibre converter package for the University of Kentucky’s Big Blue Madness 2015 intro. The intro integrated archival clips, graphics and animations.

“We’re also specking Lightware gear for a large installation at an entertainment venue,” Otto stated. “Lightware equipment isn’t just for touring – it’s a plus for any permanent installation. The ability to change media from DVI to fibre in the router without using additional gear is a big advantage.”

Brett Eldredge on the road with impactful, multi-purpose Elation rig