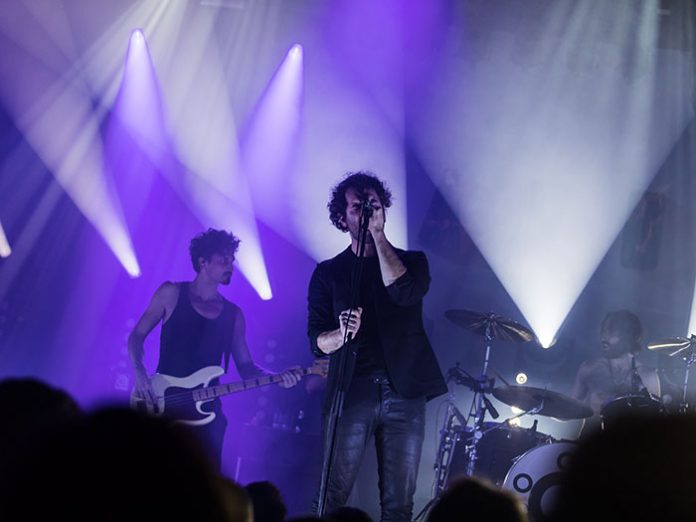 One of the best, most energetic and appreciated rock bands in the Netherlands returned to their home base in Nijmegen, launching their fourth studio album with help of the brand new CLF Orion hybrid.

Lighting Designer  was looking for an extensive floor setup to emphasise all the accents in Navarone’s dynamic musical style. “The band wants me to create a lively and energetic show with a lot of variety. I needed fixtures that offer a huge amount of effect versatility, so that’s why the CLF Orion definitely caught my attention.” A powerful light source and efficient optics enable the Orion to produce heavy mid-air effects. “Their output really surprised me, sometimes I even had to reduce it to achieve a balance with the house rig.”

In addition, the extensive feature package of the Orion was a useful tool for Baarslag. “I have created freaky effects with help of the animation wheel,” commented the LD. “While I also like the smooth CMY colour mixing and I’d like to draw attention to the zoom speed, which is really fast. When designing upcoming shows I would like to include more Orion fixtures. They are multifunctional, from a powerful beam all the way to a soft wash.”

The CLF Orion units were placed on vertical trusses, accompanied by CLF LEDbar PRO fixtures. “The LEDbar PRO fixtures allowed me to be very creative,” Baarslag continued. “The big reflectors resemble the look and feel of old fashioned strip lights, but add RGBW colour mixing. I love the intense colours of the LEDbar PRO. Together with the punch and smooth dimming they just deliver.”

The set was complemented by CLF Ares XS. These LED washes were used to illuminate all the band members from the floor. “I like to go for a very dark stage, especially in quieter songs. The intense and highly saturated colours of the Ares XS are helpful when creating an intimate atmosphere on stage. On the other hand, their output is big enough to keep up with the other fixtures during more energetic songs,” concluded Baarslag.