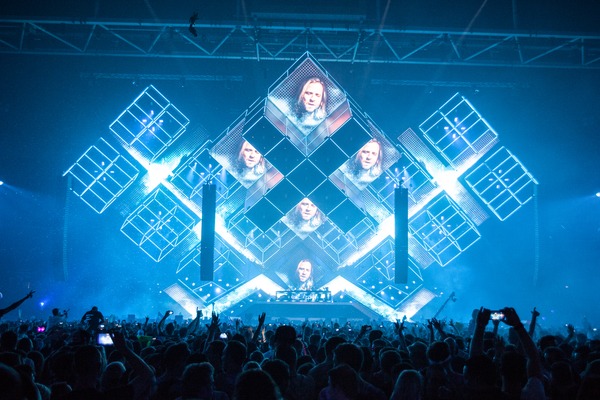 Beekmans designed a square based stage in which the Aoruns were placed in different matrixes. Especially the superior output made the Aorun the absolute star of the show. “I really like the double prism of the Aorun. Besides that, the colours are very useful”, said Beekmans. “Also, guest LD’s were also very happy with the impact of the Aorun beam.”

The center of each square which were filled with 4 CLF Lighting Aoruns. Beekmans concluded: “The CLF Ares is one of the best options on the market as it comes to output with saturated colours.” All 60 Ares fixtures were used without diffusors in order to get the punchy effect of the 21° beam angle. All fixtures were supplied by Dutch dry-hire company Rent-All.