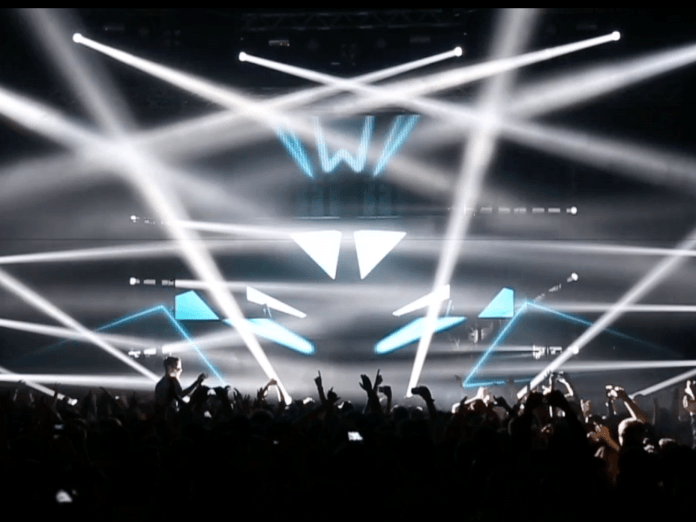 Conceived and created by Italian DJ Benny Benassi to coincide with the prestigious Italian Motor Show, Benny Benassi & Friends has grown into a highly anticipated national dance event. Clay Paky supplied much of this year’s lighting technology, with LD Jerry R. Romani choosing to illuminate the fourth edition of the event using Sharpys and A.leda B-EYE K10’s, rigged on a hanging structure consisting of straight battens placed at different heights.

The space was huge and the battens were also used to mark out areas adjacent to the one reserved for the live show, like the dressing room area, the refreshment area, and the guest area behind the stage, where a lot of DJs were found, like Albertino, Alex Gaudino and others.

There was a hidden scaffolding passage between the dressing rooms and the stage, leading directly to the DJ mixing desk, an idea that has been tried and tested at several major international festivals.

The powerful, highly concentrated beam of the Sharpys were moved into set positions at set speeds in order to highlight and liven up the changes in the atmosphere created by the music, whilst the 28 multicolour A.leda K10’s were used to flood the room with bright colours.