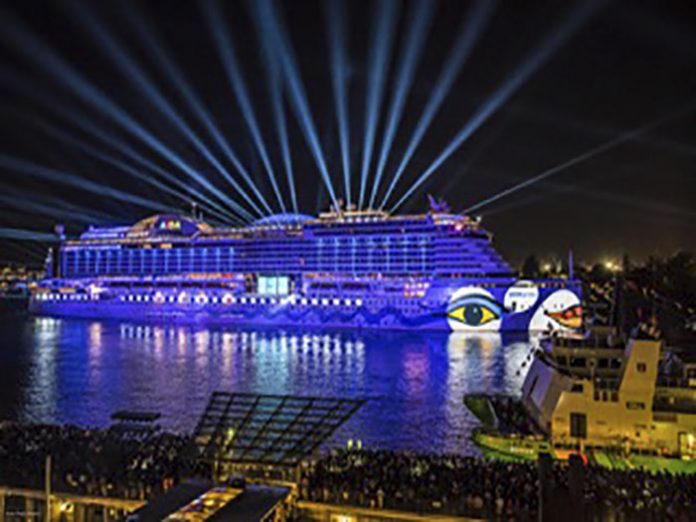 The show was fashioned by lighting designer, Björn Hermann, who specified 100 Mythos and eight new super powerful Scenius from Ambion.

“This was my first encounter with the Scenius and I must say it is a wonderful projector,” said Hermann. “I will undoubtedly use it again in my future projects.”

Hermann also developed the idea of a mammoth pixel matrix highlighting the grandeur of the ship adding an alternative, exciting perspective. 40 Mythos were positioned on the ship’s promenade deck with the other 60 on lower decks and convoy ship. Then the eight Scenius were placed along the truss crossbeam over the landing stage to illuminate the AIDAprima’s entire length.

“Since my first time using Mythos, it has continued to impress me with its powerful output versus its small size and low power consumption,” Hermann explained. “I was pleased to discover the Scenius is very similar as it kept my rig uniform and colour palette consistent.”