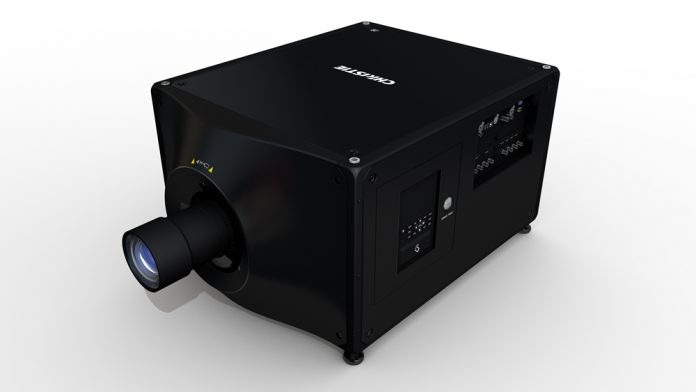 “Christie is excited to bring the latest in projection, display and processing technology to Prolight + Sound 2019,” said Karl Johnson, director of product management, CMP, Christie. “Live events demand agile, reliable and powerful technology, and Christie solutions are the epitome of these leading-edge solutions. Our technology works together seamlessly to deliver powerful experiences, and our first-rate service and support mean that customers have Christie’s backing long after installation.”

Used in installations to create stunning projection mapping displays, immersive experiences at events and to deliver flawless show control, Christie Pandoras Box is an industry workhorse that unites state-of-the-art rendering technology with intuitive media and shows control. Featuring the most powerful and versatile render-engine, Pandoras Box offers real-time compositing in 3D and allows for projection onto any shape and any surface.

Also on the booth will be Christie Spyder X80, the world’s most powerful multiscreen windowing processor, and Christie Terra, working in conjunction with the processing and servers to deliver AV signals including 4K/60 material to LCD, projection and LED displays throughout the booth.

Attendees are invited to try out Christie Pandoras Box and Christie Spyder X80 at one of the demonstration stations where they can interact with powerful technology that puts pixels anywhere. A three projector demonstration, featuring a Christie D4K40-RGB pure laser projector, a Christie Crimson WU25 laser phosphor projector and a Christie Boxer 4K30 lamp-based projector, will be shown on the booth showcasing the differences with each illumination technology.

Also on the booth will be a preview of Automated Content Generation (ACG) to create new content. ACG empowers creative professionals and AV integrators to produce new content quickly and easily for projection mapping, corporate events and many other AV applications that require high resolution, creative content.

Christie engineered MicroTiles LED to deliver cinema-quality colour and an exceptional viewing experience that is optimized for the life of the wall. It enables artistic creativity such as convex and concave curves, inside and outside corners and other three dimensional shapes, and in combination with Christie Terra, Christie Pandoras Box media server and Christie Spyder X80, it delivers unparalleled system design. Christie MicroTiles LED maximizes return on investment with simplified installation via the proprietary QuickMount system, an intuitive web-based user interface, and mission-critical
reliability with service included.