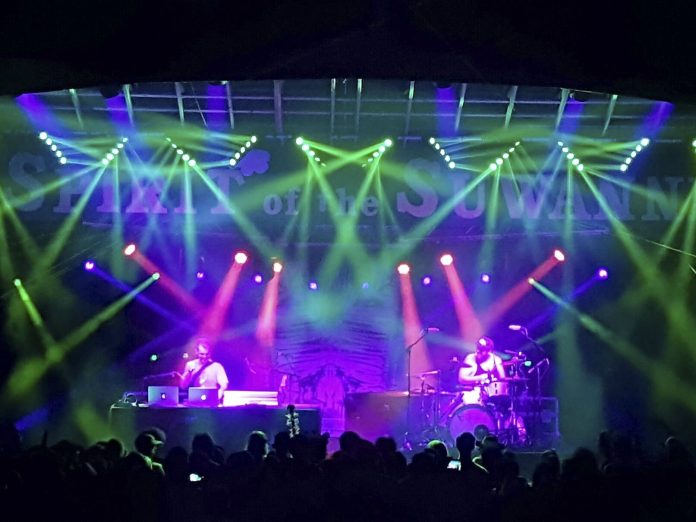 A procession of over two dozen bands performed on stage at the ninth annual Purple Hatter’s Ball in mid-June, but this three-day festival has never really been just about the music.

Set in a pastoral region of north Florida, and offering sessions in yoga, healing arts and meditation, the Purple Hatter’s Ball is as much about raising consciousness as it is about pleasing the ear buds.

For this year’s expansive lightshow, LD John Hollingshead sought out the help of the Rogue R1 FX-B LED fixture from Chauvet Professional. Hollingshead used 12 of the new Rogue fixtures, supplied by The Design Oasis, with the five independently controlled 3W RGB LED moving heads in each Rogue fixture helping him accomplish what he had planned for the event.

Flying his dozen Rogue R1 FX-Bs in a straight line on mid-stage truss with about an inch separating each unit, Hollingshead arranged the fixtures at different angles in a zig-zag stitching pattern.

Drawing on the pan and tilt speed of the fixtures, while controlling the moving heads in each unit individually, he was able to create an array of mesmerizing pan and tilt patterns. At times he swept the stage with crossing shafts of light, while at other points he would use the Rogues for audience lighting and aerial effects, drawing on their 7° beam angle.