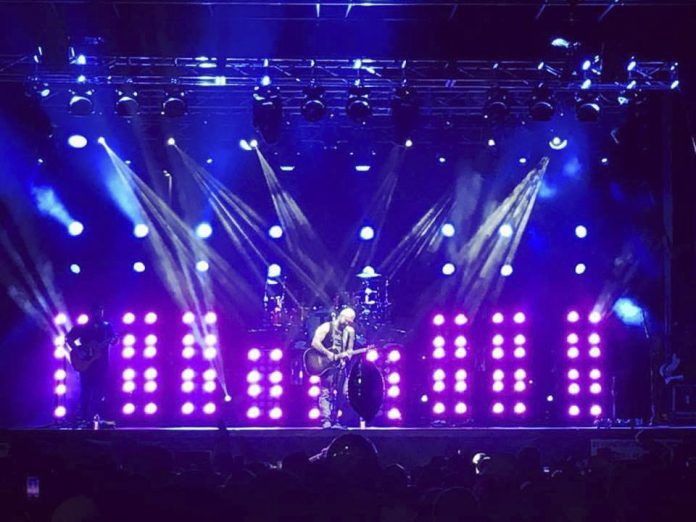 Lighting Designer Larry Foote rented 24 of Chauvet Professional’s Nexus 4×4 LED panels from 4Wall Entertainment for his tour rig for US crooner Tyler Farr. Foote spoke of his criteria for the tour: “We’re playing a lot of festivals and venues of very different sizes, so I wanted a rig that could be set up fast and was also space efficient.”

Foote, who is serving as the Tour Director for Tyler Farr in addition to being the star’s lighting designer, built his rig on set carts, presenting him with some significant challenges. “Designing around the set carts was the most difficult part of the process,” he said. “Sometimes when I’ve thought of something cool, I’d wind up being disappointed when it turned out that the carts were too small.”

Aiming to focus attention on the performer, Foote arranged his 24 Nexus 4×4 units on a grid that measures nine panels wide by three panels tall, a structure that creates an important sense of depth. Starting from stage right, he positioned three of the panels on a vertical truss. The next two vertical sets of three panels live inside a set cart. This configuration is mirrored on stage left. In between, the LD placed three vertical sets of dual panels on the front of the drum riser.

“I’m also bitmapping the Nexus through the [MA Lighting] grandMA2 light to get some cool chase sequences. Bitmapping a grid like this gives me what I’m looking for,” explained Foote.