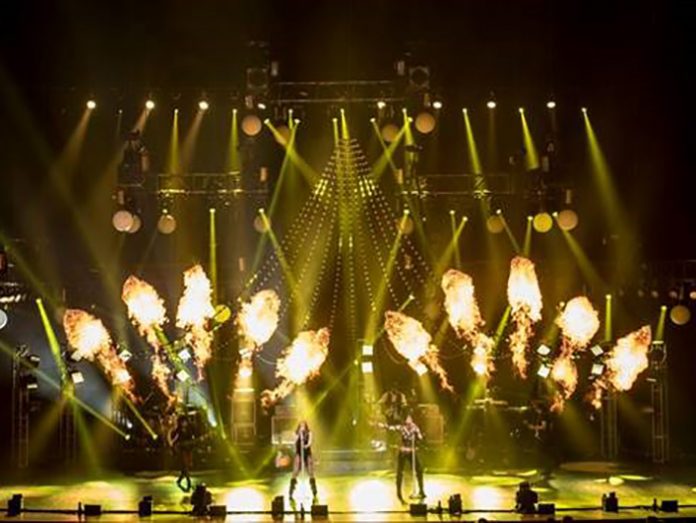 “Creating the lighting design for the Ha*Ash Primera Fila tour represented several challenges,” said Galicia. “Due to the enormous success Ha*Ash has achieved, the tour has had to have a fairly tight schedule. Most of the times, our concert venues are separated by several hundreds of miles, so logistics to move the rig are demanding.”

Galicia positions the Next NXT-1 panels on six three-metre vertical trusses, each supporting two of the panels. Located behind the band, the truss structures with the NXT-1 panels aim to create the impression of a flag directed toward the front of the stage.

“This arrangement behind the musicians provides depth to the stage and allows me to project a wide range of effects to reflect the mood in each song, either a romantic ballad or a fast beat,” said Galicia. “To get the highest performance of the panels, I decided to control them with 106 channels mode. I’m using an MA console and two Net-X signal distributors. We handle up to 12 universes and control the whole lighting system.”