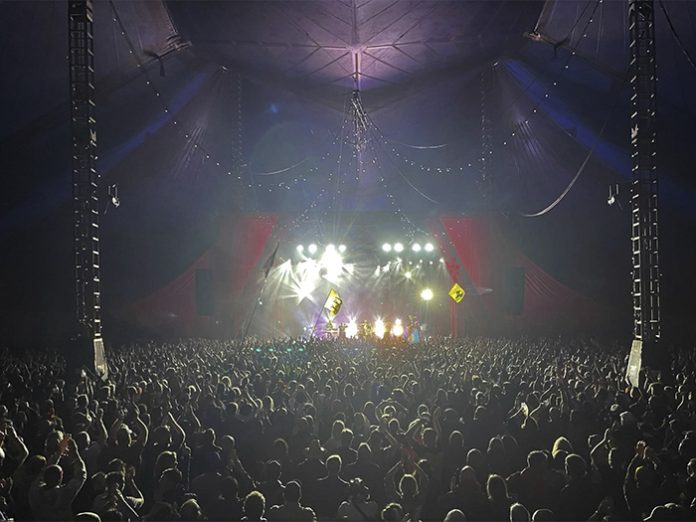 “’Caravan of Love’, was my favourite look,” said Sollitt. “It was simple, nothing very complicated, just two colours that moved together in a very gentle balanced way. I think it topped off the set perfectly.”

Working with a rig supplied by Fineline Lighting, Sollitt created a variety of other serene transformative looks that captured the deep, and gently evocative mood of the 21-song set.

The mellow aura notwithstanding, however, the road that took Sollitt to this show was not without its twist and turns.

“Glastonbury always has its own special set of challenges,” he said, speaking from experience after having worked multiple times at the festival. “There is no true global production in place, which can make things daunting at times. I came to the festival with a MQ500M in the back of my truck, but there was already a MQ500M and MQ250 at FOH. Still, you always have to be prepared at a festival!”

A ChamSys user since 2007, Sollitt credits the intuitive and user-friendly features of his MQ500M with helping him navigate his way through the festival experience. “There was no busking, I fully programmed for each song in the set,” he said. “There are a great many things about the MQ500M that made it easier for me to do this, and make last minute changes in festival environment. The seamless cloning and morphing are life savers, and they add to the quality of my show day-to-day in festival situations, while reducing the time it takes for me to achieve great results.”

Sollitt, who used WYSIWYG to create plots, also relied on the 3D Visualiser in his console to change up things like beam and gobo renderings. Additionally, he noted that the logical interface of the MQ500M and its two screens made his work process more fluid.