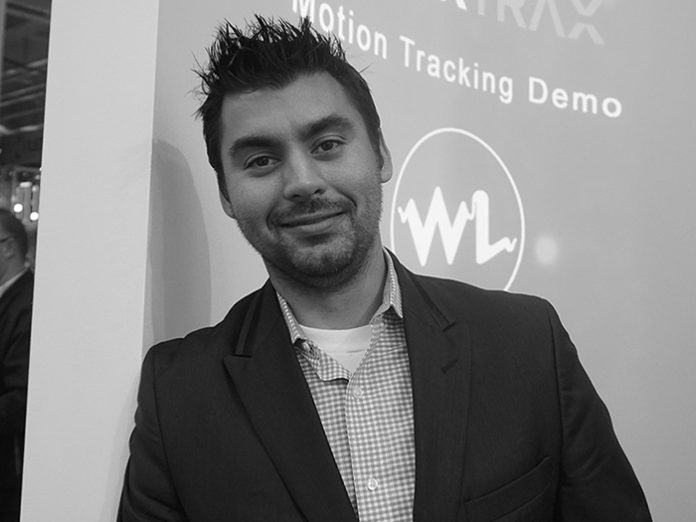 Andrew brings over a decade of sales, marketing management and operations experience working formerly as Business Development Director at Freeman Audiovisual, Canada. From 2009 to 2014, he worked with CAST Group as the Marketing & Communication and Business Development Manager across WYSIWYG , Vivien and BlackTrax early stage products.

Andrew is charged with expanding BlackTrax’s business into new markets, increasing market share and presence in Entertainment and Production markets, instrumental to BlackTrax’s success. He will also continue to maintain successful relationships with BlackTrax’s established customer base and growing technical expert and support teams. For every BlackTrax project, CAST experts are available for technical advice during set up and continued support.

This appointment could not have come at a more exciting time for the industry. BlackTrax has proved to be an incredibly reliable tracking system and has been used on an unprecedented scale and its potential is still being realised. By its very nature, BlackTrax is so adaptable that in can be used in any venue, any size and anywhere. To date, it has been used in small theatres and arenas, indoors and outdoors, both in fixed locations and as part of touring arena productions. With BlackTrax, an object or person can trigger a sequence of sound, video or lighting effects with their movements, including cameras following them.

In speaking about his philosophy and approach, Andrew enthused: “Being a part of this level of innovation where the possibilities and applications are endless, drives me. Efforts are being made to support BlackTrax and position it as the must-use entertainment production tool and to establish it as the only worldwide preferred tracking solution. BlackTrax today has been used in over 4,000 shows and counting and can’t wait to reveal where he will take it next. Watch this space.”