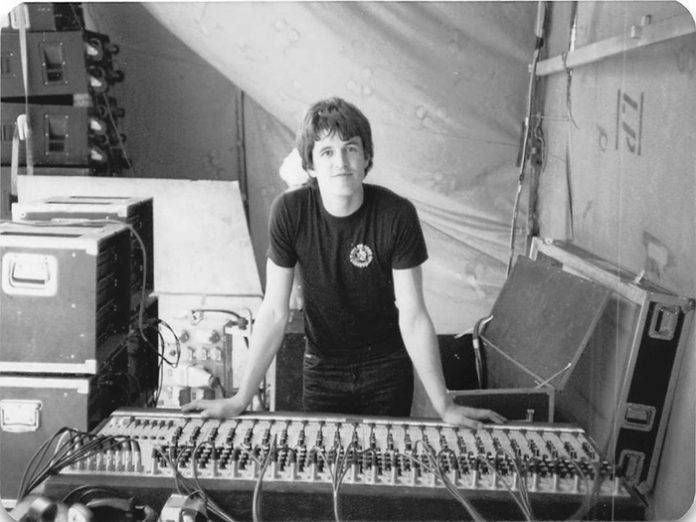 Carl Reavey, the 4th member of the original SSE Hire team, passed away suddenly on 8 January 2018. He joined the fledgling rental company in 1977, where he met his wife-to-be, Jan (who was SSE’s 2nd staff member).

His enthusiasm for everything he did always shone through, approaching every task with vigour and humour. Carl was crucially important to SSE Hire during these formative years, working the all-nighters, doing gigs and moving on to become FOH engineer for the Yachts and later the Undertones. In 1979, after working around the clock for over a week, he went to Glastonbury with the Turbosound festival system and ran the front of house with the legendary John Newsham. They were two very different engineers, but afterwards both said how much they had learned from each other across the three days.

Although Carl left the sound business in 1995, he was an important figure in the audio industry, first as a sound engineer and later as the first product manager for mixing console company Total Audio Concepts (TAC). In 1991, he was appointed General Manager of Amek’s US Operations, based in Burbank LA.

His passion for live sound and expert knowledge of mixing consoles won him friends the world over. He left the industry to run a hotel on the island of Islay, off the west coast of Scotland with his wife Jan. He reasoned that having spent so much time staying in hotels, he was well placed to know what guests were looking for. He obviously got this right, as a few years later the Port Charlotte Hotel won the award for Best Hotel in the Western Isles. In more recent years, Carl became a journalist, editing the island’s newspaper. This, in turn, led him to Bruichladdich Distillery on Islay, where he became Head of Communications.

Carl Reavey was a roadie, audio engineer, salesman, president, hotelier, hack and whisky broadcaster. A varied career, but in everything he did, there was a common thread-humour, grace and a love of people mixed with an irreverence for authority. Our thoughts are with his wife, Jan and son, Alasdair.