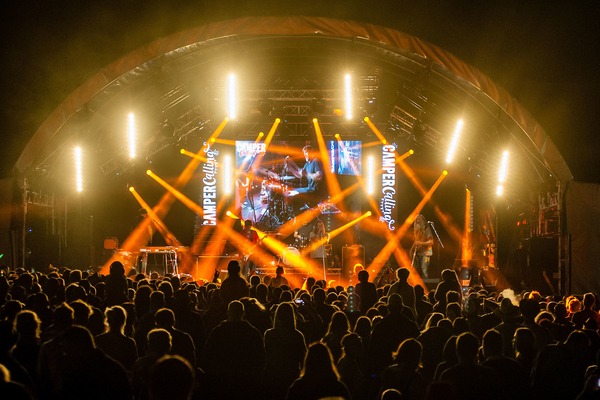 Building on 2016’s inaugural 2-day festivities, the capacity crowd doubled to 6,000 attendees in 2017, featuring main stage headliners including, Cast, the Lightning Seeds and the Flying Swordfish. CPL worked alongside Urban Audio, with an on-site team led by Simon Haydon.

Approximately 50 panels of Roe 3.4mm LED screen was installed onstage, flown off a mid-stage truss and configured as a 4 metre wide by 3.5 high main screen, flanked by 2 columns, left and right, which were half a metre wide and 3.5 metres deep.

Visuals were run from a d3 4x4pro media server. Artists were able to submit their own footage to be played out during their set, supplying artwork, a logo or visuals to Haydon, who would then produce a creative video montage that would run during their performance. Three camera channels were provided for the IMAG mix which Haydon created using a Panasonic AV-HS400 PPU.

Haydon concluded: “Everyone was really responsible, I only had to edit out one inappropriate image. It was really enjoyable. A great atmosphere, very inclusive and friendly and it’s good to see everything build and develop from last year, including an investment in production values and an appreciation how that effects the overall guest experience”.