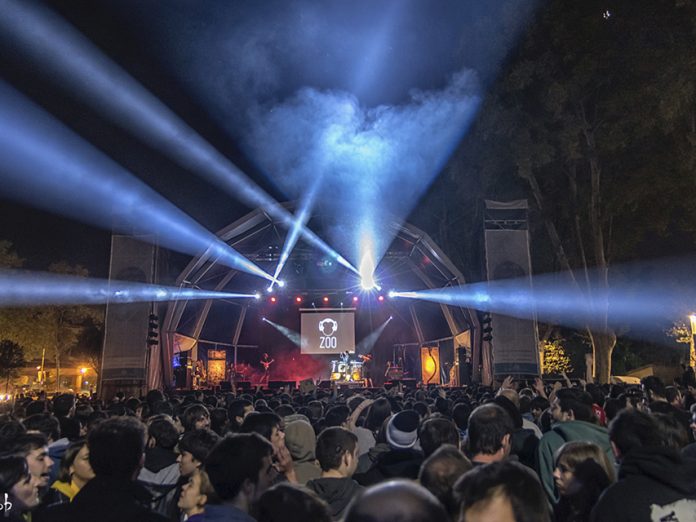 Celebrating 20 years as a NEXO rental house, BTM Sound in Spain has expanded its investment in STM Series sound reinforcement systems with a new order of line array modules, including the STM M28 ‘omnipurpose’ loudspeaker.

Based in Girona, on the Costa Brava, BTM Sound bought its first NEXO PS Series cabinets in 1997, commencing a long-standing relationship with NEXO distributor Doscientos Veinte Sonido SL. Since then, BTM has invested in all NEXO’s major loudspeaker lines: Alpha, GEO S8, GEO T, GEO D, and GEO S12, as well as the 45°N-12 line monitors. In 2014, it became the first rental company in Spain to adopt the STM Series, choosing the omnipurpose STM M28 as the main cabinet along with B112 bass and S118 subbass modules.

“This is very modular equipment, which allows us to move from a small event to a super-concert,” said Xavier Morell of BTM. “First there is the versatility of the M28, then the incorporation of the B112 offers even more potential for system design. The S118 subs are exceptional, and provide even more configuration possibilities.”

Soon after BTM’s initial investment in STM Series in 2014, the company put its new system to work on the Festival de Portoferrada and Festival Castell de Peralada. These two events on the Costa Brava have the highest production values, attracting artists like Roger Hodgson, Tom Jones, Chick Corea, Diana Krall, Seal, Pat Metheny and Ludovico Einaudi. This summer will be the fourth consecutive editions of the festivals with STM Series, a successful match for BTM.

Now, in 2017, BTM Sound has made a significant expansion, adding new main, bass and subbass modules to its existing inventory of STM Series, including M28 cabinets in both 90° and 120° versions. “We noticed a small economic recovery in the middle of last year, and hopefully it will last,” said Morell. “We took advantage of this, to fulfil our goal of working with the latest materials and continue to invest to stay at the forefront of our industry.”

“We are a small to medium size rental company, and we have to work with acts of all kinds and sizes,” said Morell. “The modular and scalable design of STM Series is the ideal equipment for our company typology. The match extends to our control equipment, where we can take advantage of the connectivity between NEXO and the Yamaha CL Series via Dante.”