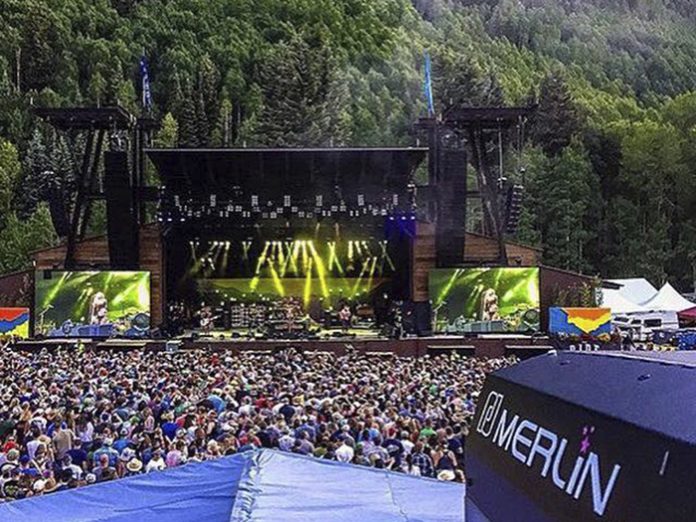 Brown Note Productions purchased the Merlins for The Ride Festival from A.C.T. Lighting, the exclusive distributor of Robert Juliat fixtures in North America.

Dead and Company, featuring original Grateful Dead members Bob Weir, Mickey Hart and Bill Kreutzmann, drew sell-out crowds to two stadium concerts at Folsom Field on the University of Colorado Boulder campus. Brown Note Productions was brought in by AEG as the rental vendor for spotlights, the audio delay system and a replacement video screen for the second night.

The company provided two Merlins and a spare for the show. The Merlins were positioned above FOH and used as the primary followspots lighting the band.

The fifth annual Ride Festival, in Telluride’s Town Park, was headlined by Pearl Jam on the first of its two nights and by Cage The Elephant the second night. As The Ride Festival’s lighting vendor, Brown Note Productions supplied lighting based on the design and specifications of Pearl Jam LD Kille Knobel.

Brown Note Productions used all four Merlins to fill the followspot spec for Pearl Jam and Cage The Elephant. They were positioned above FOH and used to light the headliners.