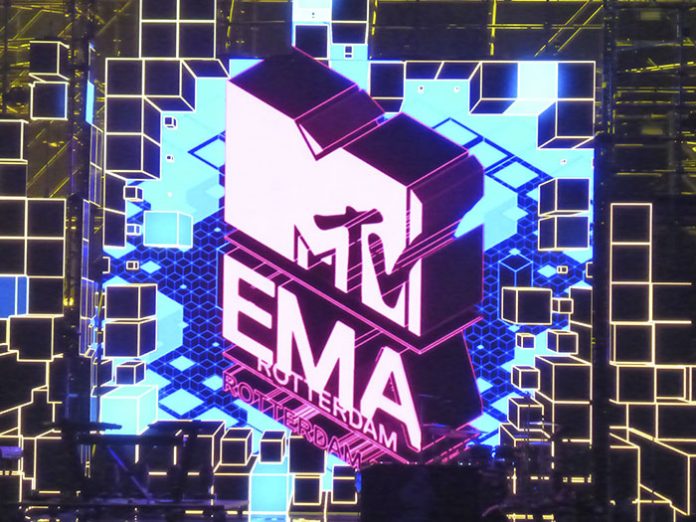 The Kings of Leon are veteran performers and award winners at the MTV European Music Awards (EMAs). Nominated this year for Best Alternative Act, the band appeared at a special MTV World Stage production at Rotterdam’s Old Luxor Theatre as a prequel to taking to the stage at the Ahoy for the main awards event the following day.

The enormous three stage set up spread across the Ahoy presented perhaps the biggest challenge for Britannia Row Productions who were servicing the EMAs for the 20th consecutive year. “RF was the vulnerability across such a wide area, though we were fortunate in there being far less LED present this year,” explained Britrow’s Project Manager Lez Dwight. “We put helical aerials up high and at the rear of the stages to compensate and got a solid result. System design also needed careful attention if we were going to deliver a coherent and understandable sound to the entire audience whichever stage was being used.”

Whatever the challenge, for Brent Rawlings, Kings of Leon’s FoH Engineer, it all felt very familiar. “After the event a lot of people asked me about that and you know what, those Britrow guys really know what they are doing because I didn’t even notice. I was focused on listening and what I heard sounded great. There was a L / R system right in front of me and I heard exactly what I expected. Britrow deployed the system for us FoH engineers very well. I mixed the live performance in the room and we brought a broadcast engineer with us to go in the truck.”

Sergiy Zhytnikov designed the Britrow system, “With the way the presentation was configured and with consideration to the usual demand to keep loudspeakers rigged high to avoid intruding on the camera shots, we installed four uniformly spaced hangs of L-Acoustics K2 for mains with elements of Kara for fills where required. We also elected to fly the KS28 subs. Although primarily to aid the show in not taking up floor real-estate, we had already modelled for this as it provided the most even coverage and maximum L / F energy into the live audience area. The camera operators were delighted.”

“I hadn’t listened to the L-Acoustics K2 system before,” commented Rawlings. “What I heard made me extremely comfortable. It’s not really like anything else – not like the K1 or the d&b J-Series – when you’re looking for gain in the vocals and the band are in danger of overwhelming the voice on stage, the K2s will help you pull it out. Earlier I heard Britrow’s Nahuel Guttierez mix Green Day and was equally impressed with the system; in fact, I reckon he did a better mix than me.”

Rawlings was in no doubt why Britrow have been with the EMAs for 20 years. “Those guys at Britrow, especially Sergiy, the System Tech, they really know what they’re doing. They rigged the amplifiers in the air, above the loudspeakers. That’s a whole lot neater, you’re only running power and fibre up to the grid and you end up with really short loudspeaker cables, just as L-Acoustics recommends. Clean and neat to look at and clean and neat was the way it sounded.”