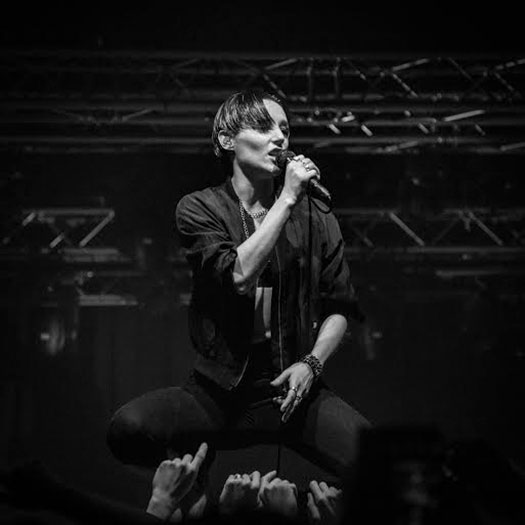 Read any contemporary review of a concert by Savages and you’re likely to encounter the words ‘thunderous’ and ‘bass’. While not the defining characteristic of the band, these two terms were certainly upper most in the mind of sound engineer Matthew Farrar when contemplating a visit to London’s famous Roundhouse.

“I’d played the Roundhouse just once before; last time it was for the Mercury Awards with Savages, then we were in and out, one song, thank you very much. So for this show on 17 March that concluded our European tour at least I already knew it was a tricky room with some big low end that can rumble around,” he said.

Farrar has been mixing front of house since leaving his position as Head of Sound at Glyndebourne in 2004. Having set himself the goal of investing his time and skills at the cutting edge of emerging talent, he has been associated with Jehnny Beth, singer songwriter for Savages, almost continually since then. He said: “I first moved to the Luminaire Club on Kilburn High Road, which is where I met Johnny Hostile and Jehnny Beth. We hit it off, built up a level of trust and when, a few years later, they formed Savages they asked me to mix for them.”

“This was the first time we’ve had any sort of a production deal for a tour and I must confess feeling initially a little daunted,” he continued. “I’m a mixer, show up, work my way round the house desk and get on with it. We’d never even had a dedicated monitor engineer before. How do you link a monitor board and FoH together was not really something that had come onto my horizon before? Britannia Row Productions, who provided desks the audio system for the tour, were very helpful in getting this together. On our prep day everything was clearly laid out and from that moment on it all worked perfectly.”

Farrar enjoyed the luxury of Britrow’s installed L-Acoustics K2 system at The Roundhouse, but it wasn’t always like that. “For the tour we used mainly in house PAs, but for the first time we were carrying our own desks and monitor system from Britrow,” he said. “For me, the Soundcraft Vi4 was my desk of choice. Out of all of the digital desks it’s the one I’m most comfortable with and I like the sound: do a five-minute sound check, turn it up and it sounds good. Good pre-amp stage. I also like the way it’s laid out. With some other desks you can end up wasting too much time flicking pages and miss the important elements of the show. Having Britrow there at the Roundhouse was invaluable, they have a lot of experience of the venue and were able to explain ways to approach all the pitfalls. In the end there’s no substitute for that kind of experience and Britrow made me feel really well looked after. I have them to thank for a great experience.”