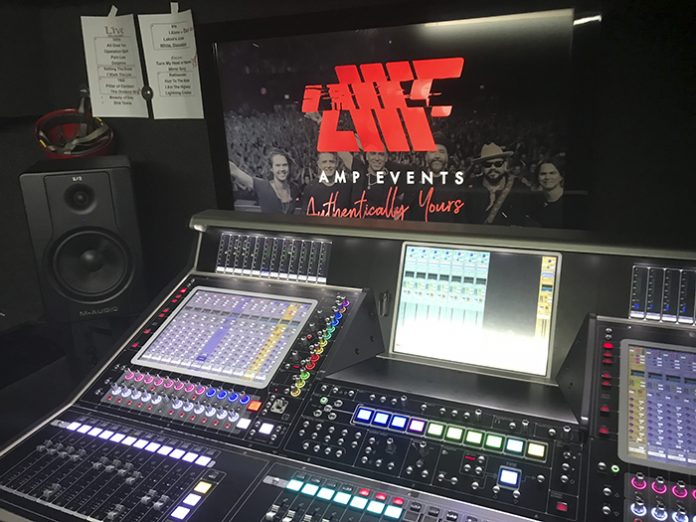 The +Live+ Reunion World Tour, presented by AMP Events, played to sold-out houses at Time Square’s new Sun Arena in Menlyn Park on 10 and 11 November 2017. To accommodate fans across the globe, the American rock band’s performance was recorded for DVD and live streaming. Positioned at the OB van, Audio Engineer Marinus Visser from Blue Array Productions operated on a DiGiCo SD5 console.

Blue Array was contracted by Militia Broadcasts to handle the multitrack for both shows. On the second night, Visser was also responsible for the live broadcast mix for the web streaming. Equally pleased with the audio from the DiGiCo SD5 console was Eric Shenyo, international FOH Engineer/tour manager. “He came to the van a couple of times before the show and just wanted to have a listen to what I had done and give me a few pointers on certain songs where he wanted certain effects,” explained Visser. “I took some notes and would then audition and play back what it sounded like. It was great as anything he asked to listen to and try out was right at my fingertips.’’

When asked for a room reverb for the drums, Visser was able to add it instantly. “I showed him some of the other effects I used on the drums. We went to the guitars, I showed him the plug-ins strips I used and how I placed the guitars and he replied, ‘I should actually go try this on my board in the venue just now.’ Having the ability to populate the board with tons of effects meant I could easily and quickly switch to something he liked. A rewarding feeling when you get told ‘it sounds great’.”

They soon realised that what Visser was doing in the OB van was notably similar to what was being done at FOH, the only difference being that the DiGiCo SD5 achieved these results without relying on dozens of external plugins. Making use of effects, routing and bussing, Visser came close to maxing out the SD5, the console Blue Array purchased a year ago. “There were things I could never do before because I was limited by the gear,” Visser added. “There are old studio tricks I would sometimes use to fatten things up or to add a certain flavour. Now I have the ability to do this in a live environment, and probably better live due to the high resolution available to us with these amazing consoles.

“That’s what’s great about the SD5,” Visser continued. “The music we buy and listen to is not normally at a high resolution. I think there are only a handful of people in the world that have true 96kHz, 24- bit files to listen to. I believe in not insulting people’s ears, that is why we specialise in high-quality audio. We routinely run little corporate shows with 2 mics and 2 playbacks on that kind of resolution. Digital conversion should only have happened once by the time you hear it. Again, with things like that we’ve surpassed the quality of audio of general music distribution. We’re in a different audio quality space and I feel they need to catch up now. Fans can now go to concerts and hear more detail and be moved even more by the artists they love and support!”