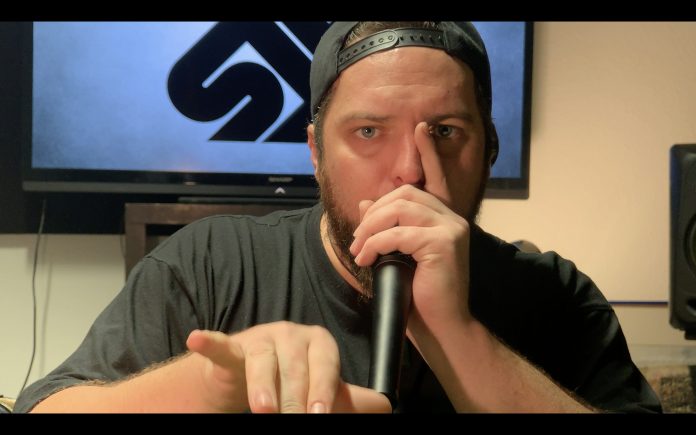 DPA Microphones is making big noise in the world of beatboxing by officially partnering with Swissbeatbox, the world’s largest Beatbox platform with over 1.6 million YouTube subscribers.

The award-winning d:facto Vocal Microphone will now be the official microphone at all Swissbeatbox events including the annual Grand Beatbox Battle, which takes place in Warsaw, Poland between April 12-15th.

First launched in 2009, The Grand Beatbox Battle attracts beatboxers from all over the world and is the most prestigious event for the growing global beatbox community.

“Swissbeatbox organizes, films and promotes beatboxing events and showcases clips from beatbox artists on our YouTube channel and our social media sites,” said Andreas ‘Pepouni’ Fraefel, CEO of Swissbeatbox. “We bring the best beatboxers to our stage and it is important that they work with the most advanced equipment so that they get the best possible sound. With the d:facto Vocal Microphone, we are delighted that the Beatbox community now has a top-notch product to work with. d:facto is a microphone that everyone enjoys because it is so well suited to this exciting musical genre.”

“Beatboxing is a unique genre that is growing worldwide and when Swissbeatbox reached out to us, we quickly jumped on the opportunity to collaborate with them,” added Anne Berggrein, Vice President, Marketing at DPA. “The demand for vocal skills needed to perform on the beatbox stage is extremely high, and the live performance environment is intense. Our mics are made to perform under the most demanding conditions, and we were sure that the d:facto would be an important tool for the beatboxers to achieve the crisp and clear sound that they want. The d:facto allows the beatboxer to focus on the quality of the sound rather than the power of each sound – and DPA is all about quality.”

DPA d:facto’s ability to handle the high SPLs that come with close mouth placement and its ability to accurately pick up and reproduce transients are key reasons why some of the world’s top beatboxers have started to adopt it as their microphone of choice. The microphone’s durability is also important because beatboxing is very physical and the grille covering the microphone capsule needs to be tough to withstand the harsh treatment. The fact that the d:facto grille can be easily cleaned was another plus point, as was its round shape and flat top, which lends itself to being cupped by a beatboxer.

Swissbeatbox was introduced to the d:facto Vocal Microphone by Thorsen, who used it when he won the Grand Beatbox Battle Loopstation Category in 2016, and Rawclaw, three times Danish Beatbox champion. “When we heard from people we trusted that the d:facto Vocal Microphone was improving the sound of their beatboxing, we wanted to know more,” said Pepouni. “We were given an opportunity to test the microphone and we were pleasantly surprised by the results. Our sound engineers were convinced by this microphone’s quality and we knew that this had to be the official microphone for the Grand Beatbox Battle.”

“A good beatbox microphone needs to be capable of handling high SPL but also sensitive enough to pick up the nuances of sound,” added Aaron ‘Sinjo’ Barner, Head of Sound at Swissbeatbox. “The d:facto does this admirably and delivers clean, crisp highs and full deep bass with sharp transients, all of which are produced with less power. This allows beatboxers more time to concentrate on their performance and the clarity of their individual sounds rather than battling with whatever equipment they need to use.”

Sinjo adds that Swissbeatbox aims to be more musically oriented so that it pushes beatboxers to become professional musicians and artists, shaping a path for a real career in the music industry. “We chose d:facto with this goal in mind,” he said, “as it is the best quality microphone for performing beatboxing on stage.” DPA Microphones will be at the Grand Beatbox Battle in Warsaw – both onstage, where everyone performing will get a chance to try out d:facto – and off stage where DPA’s team will be available to answer questions, arrange demos and showcase the microphone to visiting beatboxers.