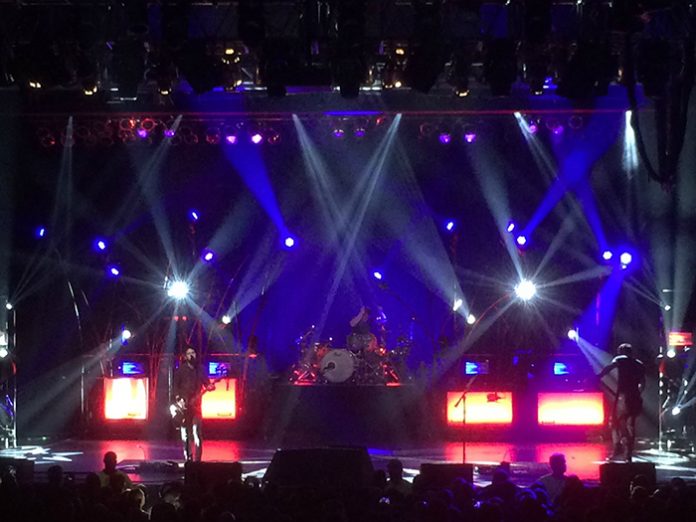 A lighting package provided by Bandit Lites has joined American rock band Chevelle as they tour the US in support of their eighth studio album The North Corridor.

LD Craig Richter shared the band was looking to change up their look this year, with more set pieces and lighting fixtures. “Nothing on the main set piece is symmetrical, so it makes it harder to make your generic positions,” he said. “I really had to switch my way of thinking come programming time.”

GLP impression X4’s are placed on top of the set pieces to provide the main source of lighting, while X4 Bars light the guitar and bass cabinets, with some also illuminating set pieces and the back drop. Cutting through the X4’s are Martin MAC Viper Profiles, with gobos providing texture to the stage in addition to being what Richter calls ‘the workhorse of the rig’.

“I use them a lot for big beam looks,” said Richter of the Rogue RH1 Hybrids. “I went with them mainly because of the stackable prism and zoom range.”

Chevelle is on tour until the end of October, and will return to Europe in February 2017.