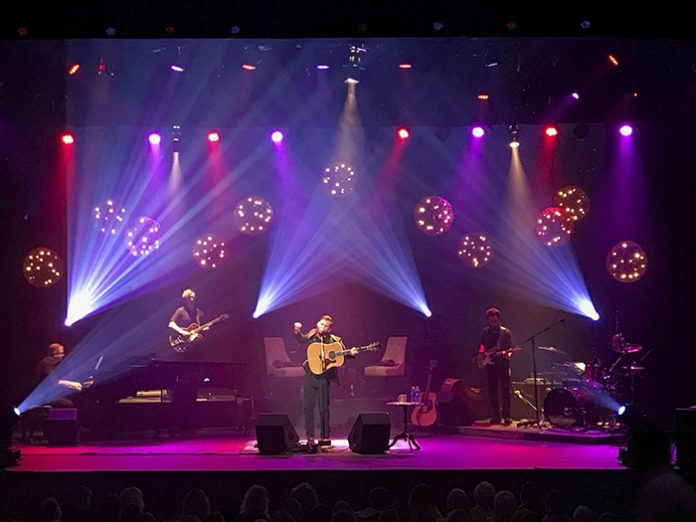 Baker reached out to Bandit Lites Production Manager Allison Burchett for the lighting at his annual Valentine’s performance. He initially requested romantic chandeliers and candles on stage, a detail Allison noted didn’t really connect with his rugged, outdoorsy personality.

“I suggested chandeliers made up of wooden, twisted grape vines to give him that romantic look for the show, but not overly girly,” Burchett explained.

Lighting Director Alex Becker utilised the Bijou’s rig for functional lighting, including their LED Pars for backlight and colour along with conventional lekos for zone lighting. Bandit supplied Martin MAC 2000 Spots with Apollo Heart Confetti Gobos, casting beams on the dome of the theatre.