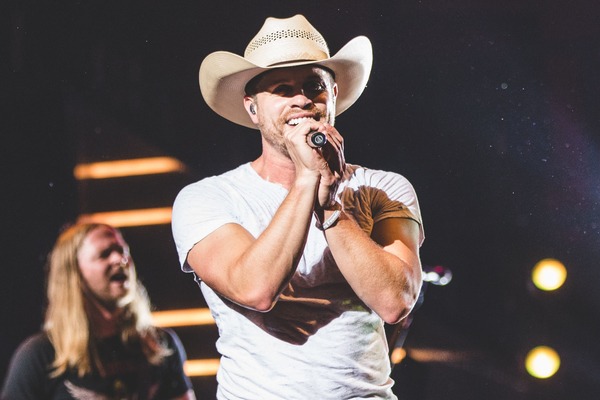 The song, which comes from his album Current Mood, recently hit number one on the Billboard Country Airplay charts for a number of consecutive weeks (in fact, the longest run to date of 2017 for that particular chart).

On the road, Lynch employs the Artist Elite 5000 Series UHF Wireless System with the AEW-T6100a Hypercardioid Dynamic Handheld Transmitter or the AEW-T5400a cardioid dynamic microphone capsule (depending on the venue), as well as the AEW-T1000a UHF UniPak Transmitter on guitars.

At a stop on the Dig Your Roots tour in early 2017, which Lynch co-headlined with Florida Georgia Line and Chris Lane, Erik Rogers, Dustin Lynch’s FOH Engineer and Production Manager, commented; “We have tried every microphone from every manufacturer available on Dustin’s voice. The A-T microphone is, by far, the most accurate, natural sounding. It has warmth and definition with little or no EQ.”