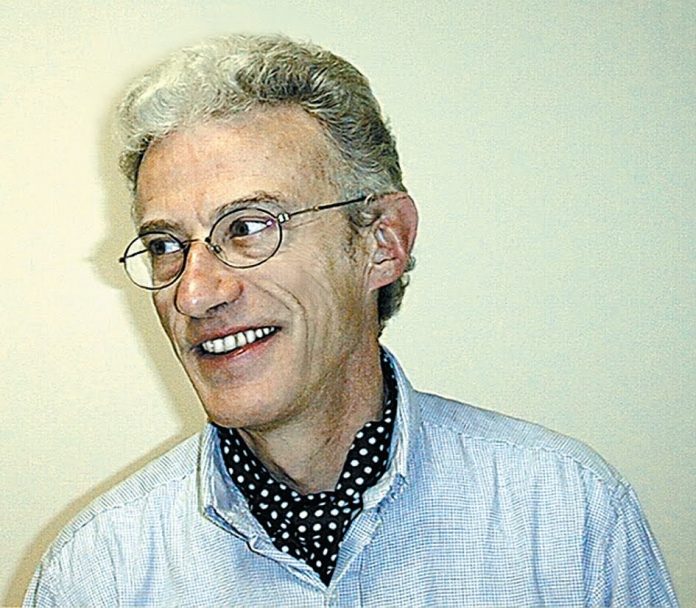 It is with great sadness that Robert Juliat announces the passing of Jean Charles Juliat on 10 February 2019 at the age of 76.

Jean Charles, the second-generation CEO of the 100-year old French followspot and lighting manufacturer, was the driving force behind the development of the company for nearly 40 years, from the early 1970’s until he handed over the helm to his son, François Juliat, in 2009.

Blessed with a curious spirit, a passion for lighting and the entertainment industry, and a strong personality, Jean Charles was an ingenious inventor, developing products as he designed tools to carry out his many projects.

With lighting design as his first love, Jean Charles was to introduce an architectural and outdoor lighting dimension to the family company that had been started by his father, Robert Juliat, in 1919. Robert, who coined the Robert Juliat brand, was the son of cinema effects, projection and lighting specialist, Jean Juliat, and opened his first shop in Paris selling cinema and theatre lighting equipment.

From these beginnings, Jean Charles took the decision to ‘go niche and innovate’, creating original, bespoke products that people needed but no-one else was making.

The 1960s saw the arrival of a gobo changer, an oil wheel, the first bubble machine outside the US, the Actibul, and the Minuspot – the first spotlight designed for general public use – which sold 100,000 units.

By the time Jean Charles replaced Robert as CEO in 1975 the company numbered 7-10 people working in production, and Jean Charles curtailed his love of lighting design to concentrate on the company. The factory premises were extended to handle increased production demands and Jean Charles employed a dedicated marketing manager to allow himself more time to develop the product portfolio and to expand Robert Juliat’s growing reputation for quality and innovation.

With his customary sharp business acumen, Jean Charles wisely decided to consolidate the company’s energy into developing products for the theatre market after President Mitterand announced a major change in government policy in 1981 with a plan to develop and support theatre in every province across France.

The sound decision paid off when, in 1984, the newly-built Palais Omnisports de Paris-Bercy, experiencing problems with its huge throw distances, held a shoot-out between manufacturers to find a 2K profile which could meet the challenge. On reaching the final two, RJ’s fellow contestant literally went up in smoke and RJ came away with an order for almost 700 luminaires!

The event was to completely revolutionise the image of Robert Juliat and confirmed the company as a major presence in theatre lighting.

As its brand spread internationally, Robert Juliat moved to a new purpose-built 5500m 2 facility at the current site in Fresnoy-en-Thelle, north of Paris. Robert Juliat followspot sales boomed and its ‘niche’ products, such as the HMI profiles, attracted interest worldwide. Today, the company employs a team of more than 70 people.

Jean Charles always ensured that the company he presided over was, and remains, proudly French, with all aspects of its products designed and built in France. Some of the many ground-breaking products to come out of Jean Charles inventive mind include the first HMI followspot in the early ‘70s, the Cyrano and Lancelot followspots and the 600 Series and 700 Series HMI profiles.

All bear the same superb optical qualities which have gained Robert Juliat its unbeatable reputation for top quality light production and rock-solid manufacture, with many fixtures garnering awards along the way.

Jean Charles’ masterstroke, however, came with the formation of an extensive worldwide dealer network known as the ‘Robert Juliat Family’. Jean Charles claimed that he picked all Robert Juliat Family members “for their like-minded attitude to the Robert Juliat ideals, being enthusiasts who also know and love lighting, and have specialist knowledge in their individual fields and commitment to lighting as an art.”

In other words, who had the same passion and integrity as himself. He led by example, chose his partners well, and many of those individuals and companies have since grown to become leaders in the market.

It is bitter-sweet that this year marks the centenary of Robert Juliat as a company when the man who did such a lot to establish its reputation is no longer here to celebrate the achievement.

But the Robert Juliat name lives on in Jean Charles’ two sons, François Juliat and Frédéric Juliat, and so the spirit of the RJ Family continues to flow in the company headquarters at Fresnoy-en-Thelle and through the extended family of distributors in France and around the world.

Jean Charles is survived by his two sons, François and Frédéric, and by his wife, Marie-France. The funeral and celebration of his life took place on Friday 15 February at Notre-Dame de l’Assomption, Champagne-sur-Oise, France. The flame of his presence will continue to burn in our hearts forever.