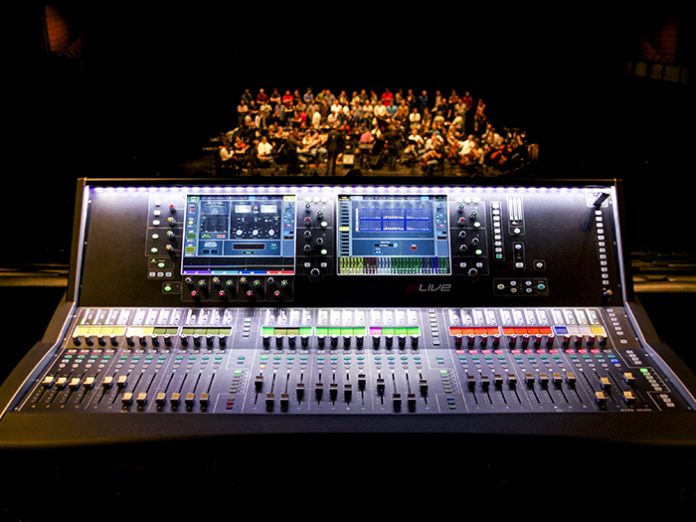 The concert was to commemorate the 71st anniversary of the end of World War II. Hvorostovsky’s performance was accompanied by the 60-member choir and orchestra of the Academic Song and Dance Ensemble of Internal Troops of the Ministry for Internal Affairs of Russia.

The orchestra included strings, woodwind, brass, drums, accordions and rhythm section. Alongside the orchestra, the Quintet of Russian folk instruments, The Style of Five, from Saint Petersburg were special guests invited to perform alongside the opera star.

The dLive system used at the concert consisted of a DM64 MixRack and S7000 Control Surface. All 64 inputs of the DM64 were employed for stage microphones, and also a few inputs at the S7000 surface were used to connect audio players.