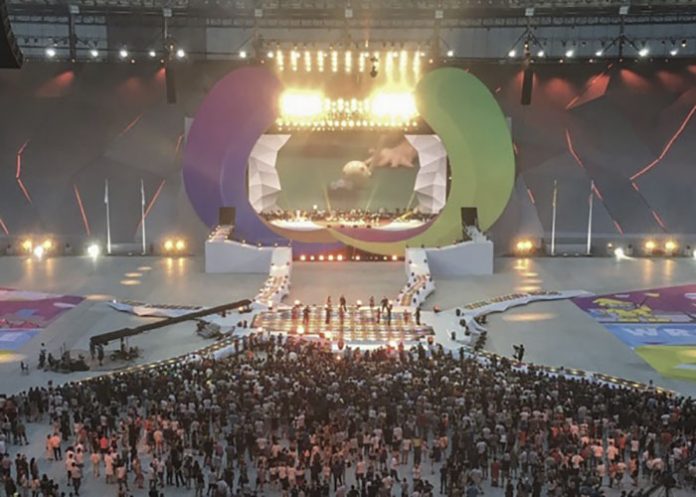 The World Games is an international multi-sport event taking place every four years, and comprising disciplines outside of the realm of the Olympics, such as archery, trampolining, billiards, parachuting, handball, water skiing, bowling, tug-of-war and climbing.

The 10th World Games was hosted in the Polish city of Wrocław, commencing with an opening ceremony held in Wrocław stadium, which featured 400 artists, including a symphony orchestra, dance groups and music stars, such as Radzimir ‘Jimek’ Dębski, Steve Nash & Turntable Orchestra, Dawid Kwiatkowski, Kamil Bednarek, Igor Herbut, and BeMy.

GMB used a dLive S7000 Surface with DM64 MixRack to manage monitors during the performance of the Jacek Piskorz band, with two daisy-chained ME-U hubs and 19 ME-1 mini mixers for the musicians’ personal monitoring. A second S7000 Surface with DM64 MixRack was used to manage monitors during the concert of modern music composer/producer, Jimek, and the Steve Nash & Turntable Orchestra.

GMB Pro Sound’s Production Manager Remigiusz Kasztelnik commented: “The World Games is a hugely prestigious, complex and ambitious event, in front of an audience of thousands. It is essential that our equipment is compatible with other systems, intuitive and fast, and reliable. dLive fulfilled its duties perfectly!”