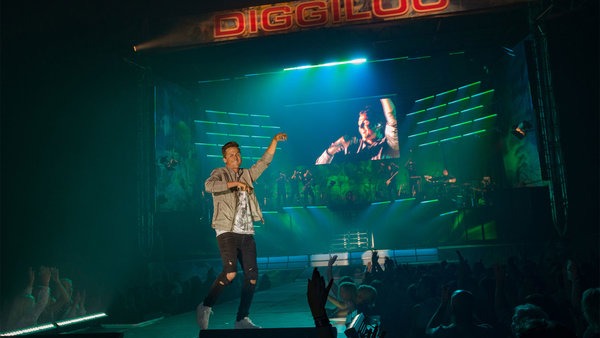 Having worked on the event since its inception in 2003, Palmé accredits the success of the event to the number of famous artists appearing, despite receiving an equal billing.

“I was originally given a demo by [Swedish GLP representative] Daniel Rudén featuring all the new fixtures including the X4 Bar 10 and X4 Bar20. All were spectacular units.

“The zoom and the tilt range on the Bars is amazing, and then you have a fantastic light output as well. I have not seen any unit on the market so far that can stand comparison. I know that other brands are looking at this but as someone said, ‘Why compete with those battens when GLP has already made the best possible?’,” Palmé explained.
The Swedish LD programmed the lights himself while Marcus Nordenberg operated as the touring board operator. “The X4 Bars are easy to programme, if a little more complex when looking at all the possibilities you have when you are working in Single Pixel Mode — but you quickly learn how to get around this. And they have a very fast response time.

“Overall I think that the XBar 10 and 20 really bring something else to the set dynamic than the ‘normal’ moving light does. You can use them as stage wash, set wash, audience blinders, curtain effects, etc. If you use them intelligently they are a great tool for all kinds of show, regardless of whether it is a musical, concert, opera, ballet or a drama. They will surprise the audience everywhere,” Palmé concluded.

All the technical inventory during the tour, including the lighting, was supplied by Bright with the exception of the video, which was from Mediatec.