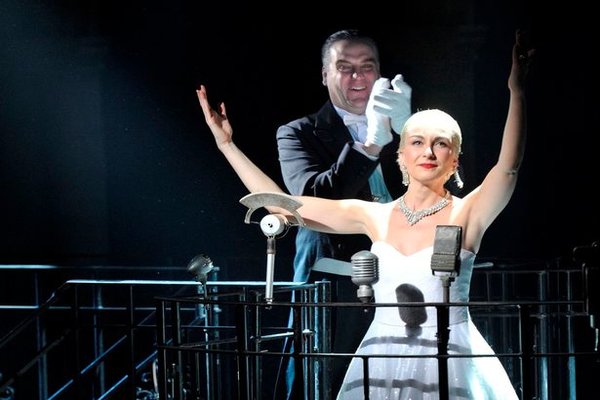 The first world tour originating from the UK at this scale, Evita uses an extensive digital wireless setup that includes 32 channels across the entire cast.

Sound Network managed the initial setup and provided the production team with tutorials on the road. Theatre Sound Designer Dan Samson also aimed to create a smart network for this show using Sony’s Cross Remote technology. The Cross Remote allows up to 82 transmitters to be managed centrally, passing data both ways between transmitters, receivers and the Sony Wireless Studio control suite. Samson also chose the Sony DWX-B01N transmitters due to their durability and build quality.

“In terms of the usability of the system, it’s so much better than anything I’ve ever used before. The fact that you don’t actually have to touch the pack to make changes is great. With just one button on the radio rack we can power up, do a rig check, monitor vitals and turn them all off again. There is nothing else needed before they go out to the cast. With our previous system you had to turn every device back on individually before handing out to the cast, with the Sony belt-packs it’s just the click of a button to wake them up.

“If I pick up an unusual noise out front I can look back through the records and access all the intelligence required to see what caused it, it’s much more user friendly,” said Ollie Durrant, Evita’s Head of Sound.

Samson will also be used the same Sony DWX-N system for Cabaret, the Musical.