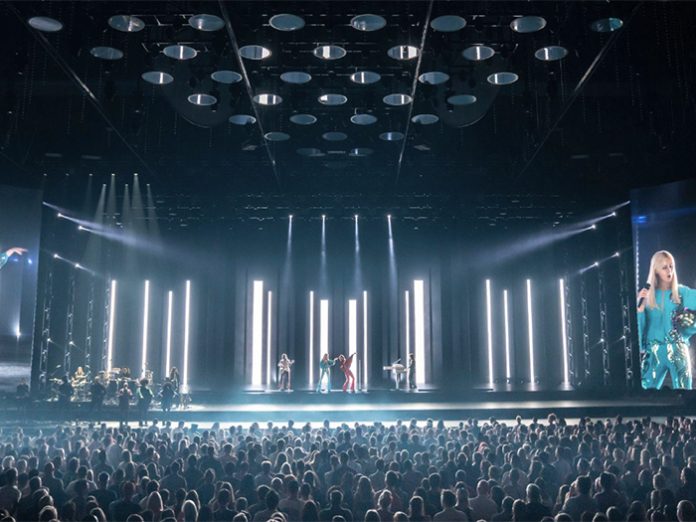 International technical production practice, Wonder Works were delighted to have been approached by Aniara Film Ltd to take on the Technical Design and Coordination for this pioneering project. Working closely with Technical Producer Nick Levitt, Wonder Works were responsible for bringing Director Baillie Walsh’s creative vision to life with the integration of a complex grid, stage lifts, state-of-the-art LED screens, and unrivaled lighting & audio.

Having worked on many high profile arena tours including the Rolling Stones ‘No Filter’, Ed Sheeran’s ‘Mathematics’ and Genesis ‘The Last Domino?’, Wonder Works’ Co-Director Jeremy

Lloyd has over thirty years experience in the live events business. Taking technical insight and experience from Jeremy’s wide portfolio, Wonder Works were able to advise on everything from video integration to procurement, collaborating with a trusted team of production specialists and suppliers to create something totally unique.

Jeremy Lloyd, Co-Director, Wonder Works: “The canvas for the concert is 360 degrees, so everything in the arena had to be considered, from the position of the speakers to the length of the kinetic pixels, in order to create a one-of-a-kind experience.”

The bespoke grid system that stretches across the whole auditorium is one of the key features to this groundbreaking concert. Designed by Wonder Works, this high level grid sits above the audience and provides the framework to suspend a complex network of technical equipment. 500 automated lighting fixtures, 86 mirrors, 432 kinetic pixels on winches, 240 loudspeaker cabinets, projectors, automated lighting trusses, lasers and smoke have all been expertly installed to create a unique immersive experience.

The biggest challenge lay in blending these physical elements with the digital world to enhance the performance. Everything that you see in the arena continues seamlessly into the digital content on the screens to help bring the band closer to its audience. This required the skills of Wonder Works’ Technical Designer Andy Bailey who spent hundreds of hours lining up the LED strips within a millimeter of the screen to create a visual illusion never seen before in an arena. But then this isn’t an ordinary venue. Every element of the space has been designed and crafted to enhance the musical experience.

According to Svana Gisla, a producer of the concert along with Ludvig Andersson: “It’s the third dimension that corresponds digitally and physically, and the boundaries between these two worlds become that space. The arena is like that. It’s in the texture of the building and you can’t recreate it anywhere.”

ABBA’s concert residency launched on 26 May 2022, and is now booking performances until May 2023 at Queen Elizabeth Olympic Park, London.