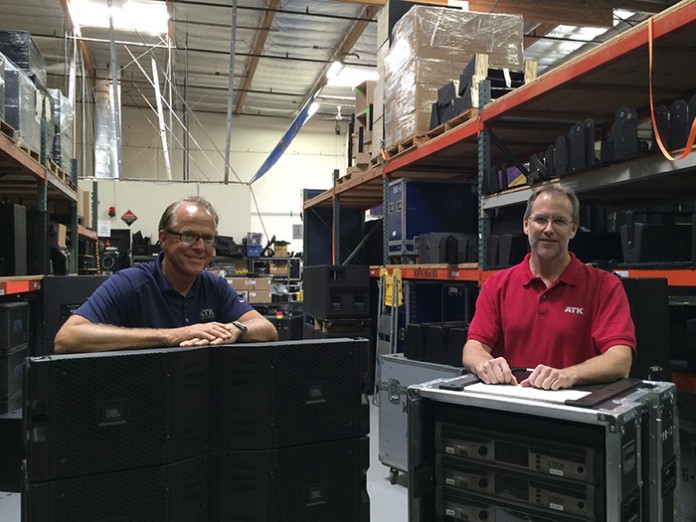 The purchase came after a two-year evaluation process, during which ATK provided input to JBL’s product development team after testing several iterations of the V20. The result was a versatile dual 10-inch line array loudspeaker that has since been successfully deployed at dozens of prominent and prestigious events.

Mikael Stewart, ATK’s Vice President of Special Events, was instrumental in the collaboration process. “ATK has always had a great relationship with JBL, beginning with the advent of the 4889,” said Stewart. “When I first tested the V20, it wasn’t quite right in terms of frequency response, but what we have now is a very smooth, responsive and controlled enclosure. For what I do, it’s a great musical system as well as a very efficient dialogue system.”

Considering its range of high-profile, large-audience live events, ATK engineers’ high standards come as no surprise. As long-time users of JBL’s VerTec series, the addition of a dual 10-inch V20 system provided them with a compact update to the 4889 that didn’t trade size for power.

As a mid-sized line array, the V20 is best suited for theatres, arena fill and mid-sized venues. But the V20 has also handed in stellar performances in especially challenging conditions. When ATK was contracted to mix the sound for Tiraji & Terrence’s White Hot Holiday Special, the V20 proved that it could overcome the challenges of a live show with music and sketch comedy.

He added: “We had lavalieres in a 2,500-seat theatre with plenty of gain with exceptional rear rejection from the cluster. The broadcast mixer was thrilled with how dry the venue sounded.”

ATK’s V20s will likely be used in January for the Critics Choice Awards and in February as fill and delay speakers for the Grammys.

He commented: “We’ve only owned them for a few months now, but they’re out on projects all the time. The only problem is that our engineers are fighting over who gets to use them next. They just sound spectacular anywhere.”