Danish lighting and audio rental company Allround Lyd & Lys, based in Struer, invested in two Robe RoboSpot systems, comprising two BaseStations and two BMFL Follow Spots with the integral cameras when they sought a straightforward follow spotting solution for the dry hire side of their business.

The company works in the live music, festivals and concert touring sectors and also services theatre productions. Dry hires are an important segment of their business, and they saw the demand rising for a “plug-and-play” remote follow spotting system.

The purchase was made specifically with local theatres in mind. They are often tight on prep time so their production schedules would always benefit from follow spots that were quick to calibrate and set up, explained Allround Lyd & Lys’s head of lighting, Martin Breinholt.

“The RoboSpot system is very straightforward to set up, it is intuitive, and the camera integration works well it offered all the PNP functionality we wanted.”

The new system went out on a four-month hire almost immediately after it had been delivered by Robe’s Danish distributor, Light Partner. The two systems were then used by Allround for some of their own shows and festival projects including a show with Sting at the Holstebro Theatre for which they were the equipment supplier, with three RoboSpot systems positioned on the front bridge.

They have also been subbed out to another rental company on another long-term hire. They looked at several options beforehand and decided that Robe’s system was the best choice. It was the easiest to use and also there are several other RoboSpot systems available in Denmark, so good if you need to scale up.

As far as we are aware, all the RoboSpot systems in Denmark were constantly busy throughout the summer with the country’s very vibrant touring and festival season which takes advantage of the good weather, the long daylight hours and abundance of talented musicians and singers.

Daniel Sand, Project manager at Allround, explains that they can all see the benefits of remote follow spotting – especially for arena shows which no longer need cumbersome spot- chairs attached to the trusses, improving aesthetics and sightlines as well as making things vastly safer.

It also enables front trusses to be utilised for follow spot positions when previously there might not have been the space for a chair/operator scenario, so it increases the flexibility for most productions.

Allround Lyd & Lys has known Johan Kvartborg and the Light Partner team for some years and find the service “excellent”. 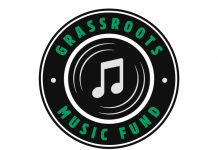